Shopping Cart
Your Cart is Empty
Quantity:
Subtotal
Taxes
Shipping
Total
There was an error with PayPalClick here to try again

Thank you for your business!You should be receiving an order confirmation from Paypal shortly.Exit Shopping Cart

FEED YOUR DOG IS VERY IMPORTANT

When rearing a Mastiff puppy it is most important to remember that you are rearing one of the largest of all dogs. Over the first year of their lives they will gain as much weight in a day as a human baby does in three weeks. Needless to say this weight should be made up of muscle and bone not fat. It is unlikely that any two breeders feed their mastiffs in exactly the same way. We all have our own theories based upon experience.

When you first bring your puppy home the most important piece of paper to have is the feeding instructions. This will be based on what the puppy has been fed since weaning. You should also receive enough of this food to cover meals for the first few days. You will have already organized a regular food supply. A eight week puppy will be on at least 4 meals per day. These can be gradually reduced to three and then two by about 9months of age. A youngster will often cut out a meal themselves by refusing a meal at a particular time of day. NEVER reduce their meals to one per day. Mastiffs should be feed two meals per day throughout their lives.

The veterinary colleges tell us that milk should not be fed after 8 weeks of age.

There are a vast amount of dry complete feeds available on the market, some highly recommended by breeders; they have the advantage of being convenient and scientifically balanced, but should not be fed in conjunction with other foods. Not all mastiffs will eat them.

Fresh water must always be available

Remove any food that has not been consumed within 10 minutes of being offered, Some will "try it on" in the hopes of being given something else. Then offer the same meal at the next meal time.

Feeding arrangements can be altered around to suit individual owners. WORMING

Your puppy should have been wormed shortly before leaving the breeder. He will certainly need worming again at about 12 weeks. Be advised by your vet or the breeder as to what preparation to use and how often.

Whatever the appetite it is always better to split the food into 2 well spaced meals.

GENERAL ADVICE:The majority of mastiffs "DO" well on a mixture of tripe and other meat. Plain whole meal biscuit is better than the more fancy varieties. Tinned dog meat is prohibitively expensive for large appetites, but a good thing to have in for emergencies.

If circumstances force a change of diet make the change over a gradual one to avoid stomach upsets.

Never feed tit-bits of chocolate, sweets or cake. They can’t tell you they have got a toothache. Yeast tablets are probably the kindest form of reward or tit-bit.

Virtually all available dog food these days requires little or no chewing. It is very important for the development of facial muscles that they have something to exercise their jaws.

MY PUPPY WON’T EAT:One of the commonest problem are mastiff pups who turn their noses up at everything that is offered to them. Sometimes being hard is the best way of tackling the problem. For the first few days it is quite normal for the pup to be a bit erratic about eating, he has had a big upheaval in his young life. Put his food down, leave him alone and if after 10 minutes he has not eaten it – remove it and offer a fresh meal 2 hours later.

Give him his sort of food in his bowl

A really poor eater is a worry and we all get very concerned about them. If you are sure he is perfectly healthy (if necessary get him checked by the vet), do not worry – a puppy will not stave itself to death. The variations in the amount pups will eat are enormous; obviously some have a much better conversion rate than do others. Two pups from the same litter, one eating as much as twice what the other ate, can yet finish at a very similar size.

A well covered pup may look better – but it is so much better for them if they "go up before they go out" and their young bones are not having to carry too much weight.

Or gastric torsion – a twisting of the stomach stopping the stomach gasses from escaping in the normal manner. A very nasty and frequently fatal complaint. Signs to be aware of are swelling behind the ribs, obvious discomfort and unproductive retching.

Although research is still continuing into the causes of this distressing condition, the best advice is not to feed your dog following exercise for a couple of hours, nor exercise following a meal, liquid should also be restricted after meals and exercise. Try to prevent your dog from bolting his food. 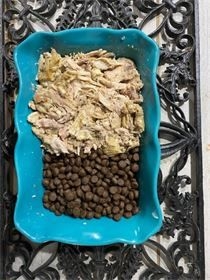 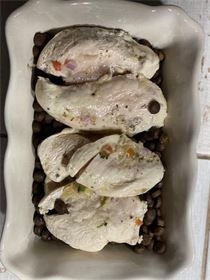 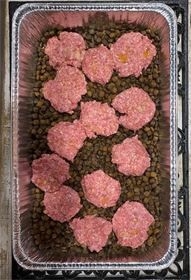 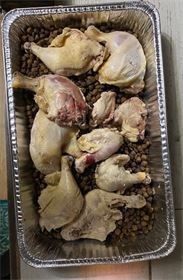 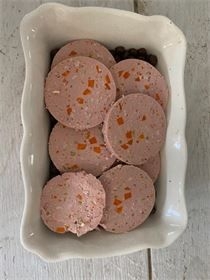 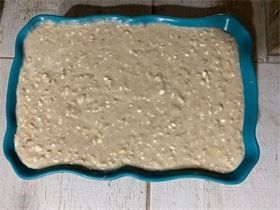